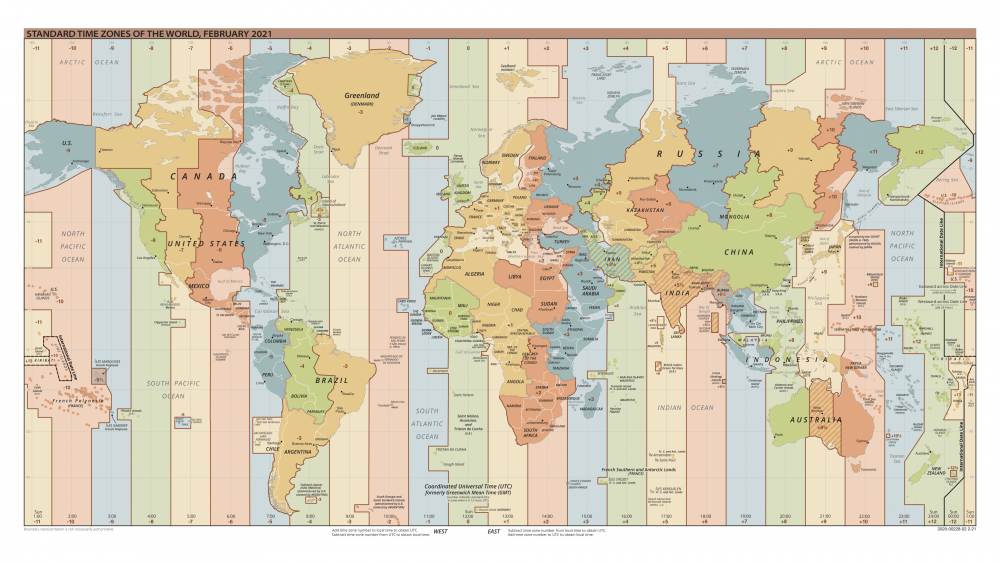 Time’s Up for Time Zones

Covid 19 has expanded three-fold the global dependence on telecommuting tools like Zoom, Teams and Skype, ushering in widespread operational efficiencies the scope of which we’re now just starting to realize. It’s also uncovering equally ubiquitous inefficiencies we need now to reconcile, and one I’ve been thinking about lately is times zones.

As industry, transportation, and technology have advanced, the minute of the hour has become much more important to us than the hour of the day. So why do we, in this age of instant worldwide information and telecommunications, still have 24 different times zones while we all keep to the same minutes within each? The Covid 19 pandemic has brought to light a lot of operational improvements we can make. Eliminating times zones is certainly among them.

As a customer-centric software provider to a world-wide clientele, Laserfiche deals daily with schedules far out of sync from our SoCal headquarters. Since Covid, Laserfiche and most every other business in the world, quickly and vigorously expanded use of voice over internet protocol products like Microsoft Teams, Skype and Zoom.

We often have folks from the UK, South Africa, South America, Canada, and/or Shanghai sharing the same line at the same time. The scheduling challenges arising from such arrangements are only going to grow as the global VoIP and videoconferencing market is expected to double by the end of 2025.

The airline industry abandoned times zones decades ago, adopting as its universal time zone what’s called Coordinated Universal Time, also known as UTC, Greenwich Mean Time, or Zulu time. No matter where you are in the world this 24-hour day starts and ends where it has since 1884: at the Prime Meridian in Greenwich, England

Moving the whole world to Zulu time will certainly take some adjustment. For me it will mean going to bed at 5 am and waking up at 1 pm. But I’m still getting the same amount of sleep and awake time so, really, what difference does it make?

I recently discovered in my iPhone settings a designation for UTC. My brother found the same designation on his Android device pictured here. Could reversing centuries of time-keeping be as simple as resetting our smart phones and watches to UTC? Yes. There is no reason, outside of conventions and traditions that we all can’t share the same time zone. We’ll all make better use of our day when we all agree on the hour and minute, every second, everywhere.