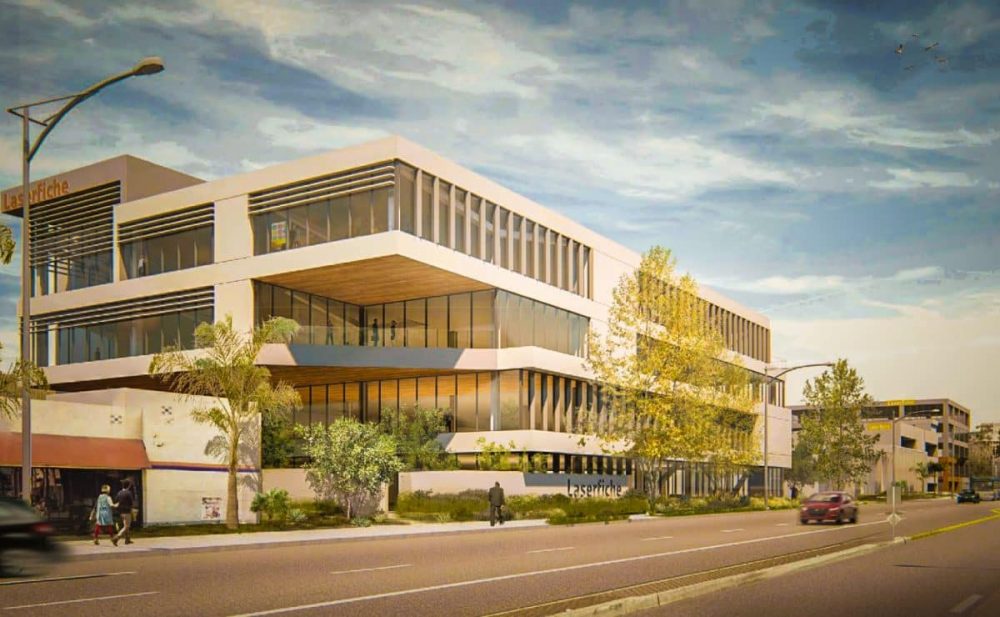 7 leadership lessons from an unexpected CEO

Author’s note: When my late wife Nein Ling Wacker succumbed to cancer, I lost a life and business partner who originated a technology that has grown into a $60b industry. It’s an amazing legacy which I never expected to inherit but am now honored and proud to continue. When Fast Company, a 750,000 circulation business magazine, offered me the chance to share the lessons learned through that transition I jumped at the opportunity.

Some people grow up dreaming of becoming a CEO, but my journey to the corner office was quite different.

In 1974, my wife Nien-Ling Wayman founded a technology company in California. By 1987, she’d realized the need for electronic document repositories with instant search capabilities and launched Laserfiche—the first DOS-based document imaging system in the world.

Back then, the world of enterprise software wasn’t my forte. I had been working as a researcher for the U.S. State Department and then as an analyst in municipal government development. While I did eventually take a position as vice president of sales and marketing at Laserfiche, Nien-Ling was at the helm and determined to grow the company. I enjoyed this role and knew that the technology was truly revolutionary. Nien-Ling, however, remained the driving force behind Laserfiche’s growth for two decades, and I was—and remain—incredibly proud of her legacy.

Then, in early 2013, Nien-Ling was diagnosed with cancer. While she fought incredibly hard, she and I knew we had to begin transitioning day-to-day management of the company. Despite all efforts, Nien-Ling passed away in late 2014. To this day, it is an indescribable loss. She was my partner in life, an inspiration, and an exceptional person.

Suddenly, I was the CEO. I began thinking about the ways Nien-Ling led the company and tried to emulate them. Now, five years later, I continue to think of her and her leadership style every day. She continues to provide invaluable lessons for any leader.

Money is a byproduct of a job well done

Nien-Ling always believed that money should be made from customers, not investors. She often said that “money is a byproduct of a job well done” to remind us that money is not our main goal. Our primary objective is to create a product that people love to use.

Look for good people, and good work will follow

Many people assume that you need a very specific type of background and skill set for jobs in tech, and that’s simply untrue. One of Nien-Ling’s talents was to recognize people’s strengths first, and then build a job for them that would leverage those aspects of their character. I still do that today. If I meet a programmer who studied in an unrelated field but demonstrates accomplishment, then I’ll give that person just as much consideration as I would anyone else.

Aim for precision, not perfection

Nien-Ling was a physicist by training and a programmer by experience. Everything she did had to be precise—it’s particularly important in programming since one extra character can cause a program to crash. She helped people to be more than they could be on their own, like the professors she idolized. But don’t forget that precision isn’t perfection, and aiming for the latter can be disastrous. Nothing burns out an employee like insistence on perfection. Research shows that making mistakes helps us to learn. Tossing people to the curb just because of a mistake breeds fear within an organization and fosters a risk-averse culture. Thomas Edison even famously said, “I am not discouraged, because every wrong attempt discarded is another step forward.” We have to remember that perfection is an ideal, not a reality, and by insisting employees try and maintain an impossible standard, you will self-sabotage your company.

Company culture is what gets everyone moving in the same direction with common values and goals, both short- and long-term. Nien-Ling believed that multiple people working on a project in cooperation was better, and if that cooperation extends throughout the company, it’s powerful. Laserfiche offers company-sponsored activities to employees like yoga, book club, sailing, and more. The goal is to foster positive relationships that will be reflected at work. We’ve also offered free lunch since day one because it provides us all with quality time to get to know one another and share ideas. We’ve found that employees from different departments often have lunch together; it gives them a unique opportunity to get to know people that they wouldn’t normally cross paths with and discuss ideas, challenges, and solutions. If you set a positive culture in place from the beginning, it will endure.

Creativity in coding is underrated

A lot of people think the technology industry solely relies on numbers, science—clear, black and white objectives and solutions. But Nien-Ling always felt that software development is a creative endeavor. People who code need time to think about how their code will be used. Things can always be improved, so I love it when I see or hear about an out-of-the-box idea from one of our employees. In fact, one of our employee-led initiatives recently resulted in the installation of mob programming stations around the office, allowing both technical and nontechnical teams to collaborate on projects.

An eight-hour day is enough

That’s right, I said it. If people do meaningful work, they can spend their eight-hour workday being incredibly productive. But then they need to go home and do other things. Since we’re based in Southern California, that can mean playing beach volleyball, or going surfing—something else that allows employees to recharge. Sure, people can work three days straight, but they can’t do that forever, and they can’t do it as effectively as they could if they had time to recharge. Nien-Ling believed that to build a truly productive organization, eight hours comprise a workday. Do that consistently and it allows you to build a powerful company. You don’t need to exploit your workers to do that.

Create something future generations can be proud of

Nien-Ling developed a powerful culture that endures. In my mind, she started something that is unstoppable, and we are executing on her vision. I know she would be proud to see what we have done with the company.

Spread the love
The Work That Matters Previous post
Do Companies that Run Smarter® Trade Higher? Next post