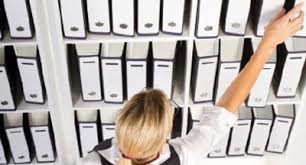 Automation and the Government Worker

adminNovember 4, 20190 Comment01.9k
Government Service: The Jobs We Love and Hate

This country has something of a love/hate relationship with government jobs. We hate that most government workers are guaranteed overtime and coffee breaks when not working strictly 9-5. But then who wouldn’t love being well paid, with early retirement and congressional-level benefits for such effort. 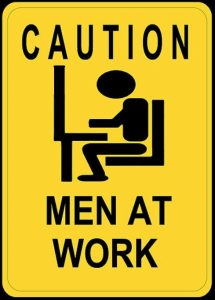 Thus, for those of us in the private sector it might seem a bit of career karma that a recent federal study finds automation can eliminate five percent of all government jobs and 30 percent of the work the remaining employees do. I’d like now to offer the perspective I’ve gained over three decades helping build an industry-leading company designing the information technology systems now automating those government jobs and workloads.

Government jobs are different from the private sector, notably in regards to the role of information and the need for technology. From an administrative perspective government jobs are more tedious than their private sector counterparts. Upwards of 20 percent of government work is high-volume, repetitive, rules-based and/or routine: Tasks such as data entry, documenting and recording information.

As such, government work, at least from an IT perspective, is ideally suited for automation. Yet fear of same—generously fed by frequent reports such as the aforementioned federal study—means the government work place faces greater headwinds when it comes to embracing IT.

For example government employees are five-times more likely to belong to a union and concern over automation is already working its way into union contract negotiations. Moreover in smaller, non-union government offices, how do you overcome the if-it-isn’t-broken-don’t-fix-it rational quite understandably embraced by wary senior staff whose own jobs might be the ones to be “fixed’ by technology. 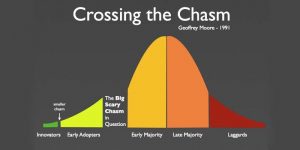 Yet, government customers large and small were among the earliest embracers of the “paperless office” technology Laserfiche introduced in 1989. They were the vital early adopters that helped our paperless office to cross that crucial chasm from early adopters to early majority, to borrow from Geoffry Moore’s brilliant book by the same name.

Today, there are several reasons to think government will also be among those leading the future of work across the chasms of job automation and going on to contribute significantly to advances in artificial intelligence, machine learning and deep learning that will inevitably follow.

First and foremost, it’s a rare government agency these days not dealing with a backlog of work. Since Ronald Reagan famously proclaimed government was the nation’s “problem,” popular sentiment has prioritized reducing budgets over services lost. As a result, in-coming mail towers ever-higher over out-going in most government offices and that trend appears likely to accelerate given present-day perceptions of government bureaucracy.

These backlogs should be reassurance enough for government employees that the labor-saving promise of automation will only mean good things for their jobs, but there is more. Rather than taking jobs away, information technology and process automation takes away the worst parts of our jobs: the repetitive, mundane tasks which are so much more prevalent in public service.

At the same time, government employees on average have twice the job tenure of their private sector counterparts. That seniority translates into greater experience and institutional knowledge per employee. Once freed from the mundane aspect of work, that knowledge and skill can be unleashed to devise innovative approaches to governance. Not just reducing those mountains of work, but moving on to reinvent government itself.

The entire world is facing what the Deloitte Center for Government Insights calls in its Government Trends 2020 report the Fourth Industrial Revolution. But it’s not an industrial revolution, it’s a digital transformation and we’re only now glimpsing its potential for information-centric enterprises like government. According to the study, in the next few years government will:

In its study Deloitte suggests government will be following the private sector’s lead in leveraging the power of AI, MI and deep learning, but to my experience it will be the other way around. If the federal study is correct, 60 percent of government employees will have 30 percent more time to apply these IT tools and their vast institutional knowledge to transforming public service. Now that’s an excellent reason to want a government job.